BY MACKENZIE MAYS
mmays@fresnobee.com
Jess Fitzpatrick sits on the side of his bathtub and hikes up his pant leg. He swabs his thigh with alcohol and takes a slow, deep breath before plunging a shot of testosterone deep into his muscle.
“I hate needles,” he says as the needle goes in. “Despise them.”
When he started the weekly hormone replacement therapy in 2012, his husband, Jordan Fitzpatrick, who is also transgender, had to inject the needle for him.
In September, Jess drove more than three hours from his Fresno home to San Francisco to receive “top surgery” – a double mastectomy and reconstruction to change the breasts he was born with, an important part of his transition from female to male.
Jordan traveled to the Bay Area for the same procedure in 2014. Both say they searched for months but couldn’t find a doctor who would perform the surgery locally.
“It almost feels like a different state than the rest of it,” Jordan says of Fresno.
The Valley has been dealing with a physician shortage for years, but advocates say finding care for the transgender community is even more difficult.
“Even with California being one of the most advanced states, as far as trans rights go, it’s still an absolute uphill battle to find doctors and surgeons that will treat you like a human being, especially in the Central Valley,” Jess says.

‘It changes your whole life’

Jess, 34, has endured a lot in his transition. The shots hurt. Recovery from surgery is hard; he’s had to take time off from his job with an auto parts warehouse because he can’t lift anything as not to tear the incision site. But he said it’s worth it.
“Being able to look yourself in the mirror fully, without hesitation, and be happy with what you see ... it changes your whole life,” he says through tears. “It’s not an elective procedure. If I could be OK with myself in my assigned gender, with my body the way it was at birth, I wouldn’t have gone through with this.”
Jess Fitzpatrick is experiencing challenges with lack of local providers, forcing him to travel to the Bay Area as he makes the transition from female to male. Photographed at home Thursday, Nov. 8, 2018 in Fresno.
ERIC PAUL ZAMORA ezamora@fresnobee.com
Jess says that when he was younger, he was bullied about his looks, so he started wearing makeup and dressing more feminine to fit in. But that didn’t last long.
“It was a train wreck,” he says. “I thought if I just looked the way that I’m supposed to look, that everything will kind of click and it’ll be OK. But that never happened. I just couldn’t figure out what was wrong.”
The hormone therapy helped him grow facial hair, but baggy clothes and chest binders weren’t enough for him to hide the breasts he felt like did not belong on his body. He avoided body length mirrors for a long time.
The top surgery, performed on Sept. 20 with the help of Lyon-Martin Health Services, a program of HealthRIGHT 360 in San Francisco, was a dream come true. They helped him find a welcoming doctor in the city and overcome insurance hurdles.
Unlike some states, California allows Medi-Cal recipients like Jess to get transgender-related care with no out-of-pocket cost. To qualify for the surgery, he had to have letters from his physician and psychiatrist explaining why the requested procedure was medically necessary.
For Jordan, 29, who came out of the closet in 2008, top surgery was a matter of life or death.
“It wasn’t a choice. It was either this or suicide,” he says.

A lack of options

In 2016, Jess filed a complaint against a Fresno doctor who allegedly panicked and stumbled out of the room refusing to help when he said he was transgender. Jess was there for blood pressure medication, but was hoping to get hormone replacement therapy in the same visit. That didn’t happen.
“It’s really important to have representation here in the Valley, where so many people are afraid to come out,” says Jordan, who was at the appointment that day.
When Dr. Julie Nicole moved to Fresno from the Bay Area in 2014, it didn’t take long for word to get out about her services.

Jess Fitzpatrick, who has a hard time with needles, takes a deep breath before injecting himself with hormones at home Thursday, Nov. 8, 2018 in Fresno.

ERIC PAUL ZAMORA ezamora@fresnobee.com
“The first time I arrived in Fresno, within three days I had a transgender patient who had heard about me through word of mouth,” says Nicole, a gynecologist with the Central Valley OB/GYN Medical Group.
Nicole, who attended the World Professional Association for Transgender Health conference in Argentina this month, now has about 300 transgender patients in Fresno. She specializes in hormone replacement therapy, hysterectomies for trans men and pre- and post-operative care for gender confirmation surgeries. She does not perform top surgeries or gender confirmation surgeries.
“I’m rare,” she says of her offering transgender health care options in the Fresno area. “As far as I know, it’s just me and Planned Parenthood.”
One Fresno Planned Parenthood location offers hormonal replacement therapy, but advocates say the waiting periods are unreasonable. A local spokeswoman for Kaiser Permanente pointed to specialized clinics in San Francisco and Oakland for transgender care but said “we are able to coordinate treatment” with physicians in its rural communities. Saint Agnes Medical Center does not have any physician who performs transgender surgeries, a spokeswoman said. Nicole is affiliated with Community Regional Medical Center and Clovis Community Medical Center.
“Trans medicine isn’t very complicated, but for physicians, it’s hard to learn new things when you’re used to the day to day,” Nicole says. “The political climate definitely plays a role. That has scared a lot of patients.”
Dr. Nick Gorton, a physician at Lyon-Martin, says the San Francisco clinic regularly sees Valley patients, but “it’s not nearly as bad” as it was a decade ago.

Partners Jess Fitzpatrick, left, and Jordan Fitzpatrick at the Fresno LGBTQ Awards Gala in Oct, 2018.
“More primary care providers have taken the leap and started to treat transgender patients in their area...” he says. “Though sometimes it’s that the patients want ‘expert’ care that they perceive they can’t get in their communities.”
Gorton says under the Trump administration, fear of the unknown among his transgender patients has increased. Recently, he’s been urging patients to get their passports and identification changed to their accurate gender just in case federal policies won’t allow it in the future.
“There is a lot more stress in the trans community. I get asked by patients does this mean they won’t be able to get surgery or get their care paid for on their insurance,” Gorton says. “I reassure them that Trump can’t change the laws of the state of CA, including the Insurance Gender Non-Discrimination Act.”
Zoyer Zendel, head of the advocacy group Trans-E-Motion, says transgender health care is “very limited” in Fresno but notes that not all transgender people choose to, or can afford to, undergo medical treatment.

Initials for Jess Fitzpatrick and his husband Jordan Fitzparick hang at the couple’s home Thursday, Nov. 8, 2018 in Fresno.

ERIC PAUL ZAMORA ezamora@fresnobee.com
“We have a huge disparity that the trans community is facing, and that’s just the patients that we know of,” he says. “You’ve got to think about how many are out there that don’t have access to anything. And just because someone is not seeking trans-related care does not mean they are not transgender.”
Zendel points to high transgender suicide and homicide rates and says fear of coming out – especially in the conservative Valley – is very real.
“The big scare in the mainstream is we’re the perpetrators, but we’re the ones being attacked,” he says. “I would hope anyone would understand our apprehension.”
Jess is being less apprehensive about telling people who he is.
In October, he posted a picture of his new chest to Facebook. The scars hadn’t healed yet, but he didn’t care. In the photo, he’s shirtless — a long red line cut into his flesh, and scabs around his nipples.
“It’s a real trip, posting shirtless pictures,” the photo’s caption says. “A real good trip.”Mackenzie Mays: 559-441-6412, @MackenzieMays
Posted by Gamer Z at 7:02 AM No comments:

The Transgender Medicine Center (TMC) - specializes in working very closely with patients in the Transgender Community to help them with their sexual transition and we are specialists in the field of Hormone Replacement Therapy (HRT).  The Transgender Medicine Center is led by Dr. Horowitz who has many years of experience in all facets of Transgender Medicine and leads patience to achieve individual success with their personalize treatments.  Dr. Horowitz offers trans-specific medical care to provide hormone therapy and other interventions to help achieve a body that is better aligned with one's gender identity. He has close to thirty years experience in trans-specific medical care. Dr. Horowitz treats trans and gender non-conforming people in a safe and sensitive environment.  You can also feel free to schedule a Skype video call or Facetime video call with the Doctor. 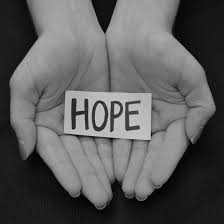 Dr. Horowitz at The Transgender Medicine Center offers treatment to people both on a strictly consultative basis and as part of their comprehensive medical care with him as the primary internist. He also offers on line consultations to those who live far away and may have difficulty traveling to the Los Angeles area for gender related care.
The Center For Transgender Medicine strives to give you the best possible outcomes from your hormone therapy through optimization of your hormone regimen and strict medical oversight to keep you safe.


Masulinizing Therapy:
Masculinizing hormone therapy helps to stop all menstrual activity, develop facial and body hair, lower the voice, and modify the body to a masculine shape. Testosterone is offered as injectable, implantable, or topical preparations according the patient’s needs and preference.

For more information about Hormone Replacement Therapy as well as useful insights about how it may affect you please visit our website's HRT page.
Posted by Gamer Z at 6:47 AM No comments: